Sea Scout Blake Coe of the SSS Yankee Clipper and Sea Scout Alec Chinnery of the SSS Colon Archer won second place in the Kelly Cup Regatta on the Willamette River. The Labor Day weekend event drew teams from Washington and Oregon in Sea Scout Area 1 in the Western Region; the Pacific Northwest. The two-day racing event paired teams in two-man FJ420 sailing skiffs provided by the Willamette Sailing Club in a series of nine races over the two days. 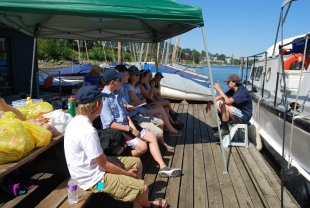 Both days began with a Racing Coxswain Meeting, followed by a day of racing. The regatta drew teams with a range of racing experience and each day was filled with lessons and discussions about wind, sails, boats and strategy. Sailing on a river is different than on a lake or ocean, and all teams were tested by the wind as well as the hot Labor Day temperatures, which rose to the high 90s both days. 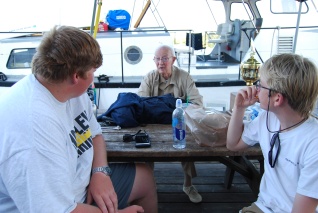 The Kelly Cup Regatta is named in honor of Commodore John Kelly, who traveled to Portland to watch the event. Among the many impressive contributions in his amazing career, Commodore Kelly directed the renovation of the Yankee Clipper, and has been in scouting for over 80 years. Dinner at the end of Day One featured a chance to chat with the Commodore and others and scouts received coaching and sailing tips from experienced sailors and advice to utilize for the next day. 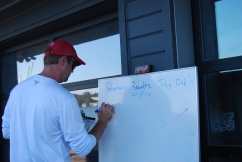 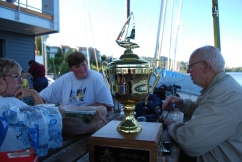 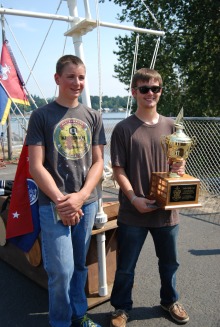 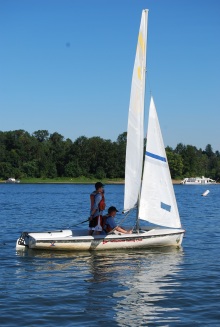 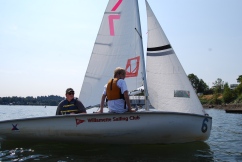 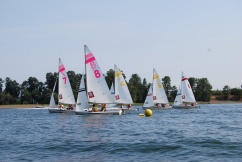 Sea Scouts Sea Scouts Isaac Hull and Sawyer Wachter of the SSS Constellation in Everett took first place. Adam Opfer and Reilly Bryant of the SSS Propeller on Lake Union took third place. The team from the Constellation are invited to the Koch Cup Regatta in Galveston, Texas in 2018.