The Seattle Sea Scout Ship Yankee Clipper is out and about on the waters of Washington’s San Juan Islands once again. This is the 83rd year of operation for our ship, and two crews going out this month are proud to keep the clipper sailing another summer.   We’ll update the blog over the next two weeks with photos and stories from the crew.

8/18  Both Crews had a killer time on sailing the Salish Sea on Long Cruise this summer.  The Yankee Clipper is finally home at her berth in Seattle.  What fun!  It’s great to be a Sea Scout in the Pacific Northwest.  If you want to know what it’s like, one of the crew has created a little video to share the fun.   Take a look…and think about joining the crew. Peak Crew Long Cruise .

8/7 – From Mate Ben Hess: We’re in the home stretch and still having fun.  At the moment, we’re moored at Blind Bay next to Blind Island State Park.  We just pulled up a big Dungeness Crab from in the trap we lowered from the stern of the boat.  We’ll cook that up for dinner in addition to our normal gourmet fare tonight!

Below are some new pics since we left Friday Harbor.   First is the Yankee Clipper moored at Jones Island.  While we were lucky enough to snag some dock space, most of the scouts slept on shore.  They wanted to battle the unusually large raccoons and night-charging deer.  They were not disappointed…they made it out alive, but there was a lot of commotion at 2am! 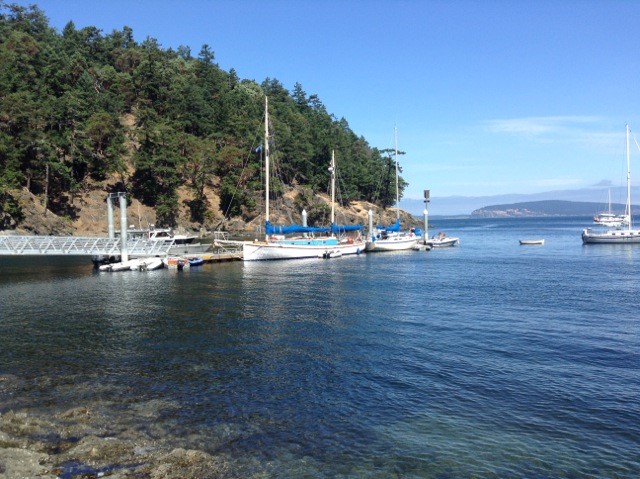 Coming into Jones Island, we had some great wind.  Here is the Yankee Clipper on a broad reach going around the North end of the island.   We had the Clipper doing 7 knots under sail. 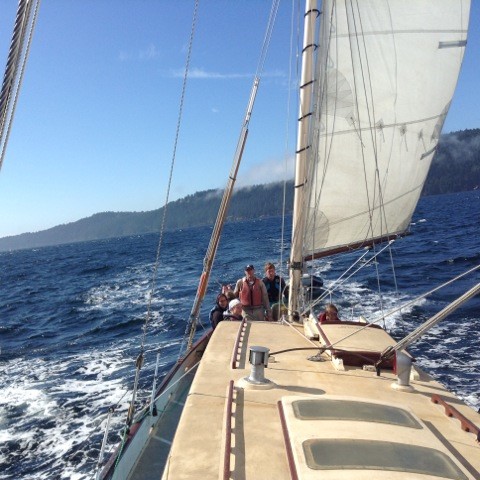 The crew also did a great job setting anchor at Skull Island in Massacre Bay.   Skull Island is small desolate island that was fun to explore.   We ended up not anchoring because if was too treacherous, but we circled off shore and sent a shore contingent to explore.   No skulls were found…

On Jones Island, we learned about the 32 common points of a compass.  Finally, bow watch makes sense!   After learning the information, we had a competition to see who could lay out the points of a compass the fastest.  We need some work on this…it is not as easy as it looks 🙂 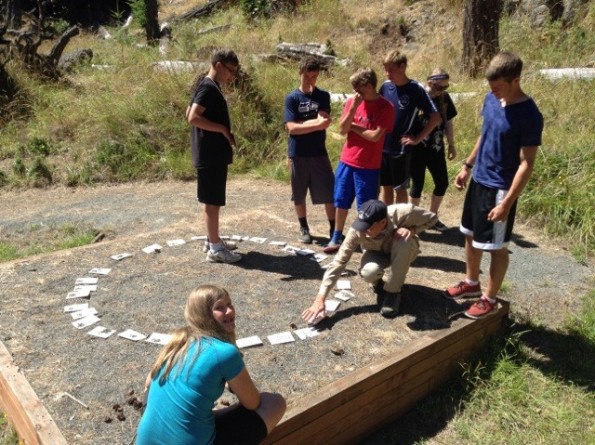 8/6 –  After a few days cruising, the Peak Crew made Friday Harbor at Mid-week.  Mate Ben Hess reports they’ve had killer weather, enjoyed some beautiful places in the San Juan Islands, and even had some wind to sail.  Looks like it. 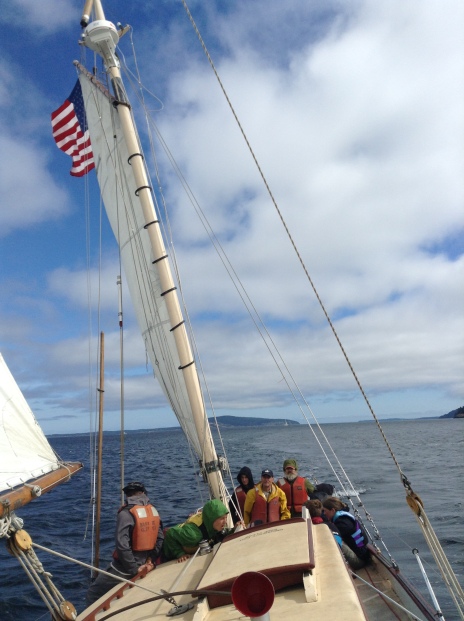 And as for beautiful places….yep, that too. 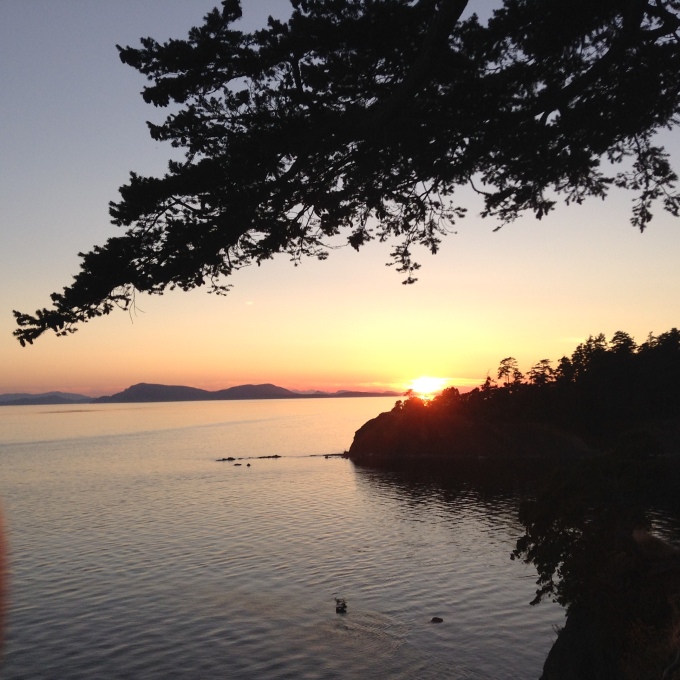 But most important, Ben says the scouts are learning a bunch and having a lot of fun.

After a few days island hopping, Friday Harbor seems like a big town. And there’s ice cream.  What’s more, cell phones work to check in with Moms and Dads.  Stan Prince says Andre finally checked in, and said the trip has been “Amazing.”  And his mom says if he says it’s amazing….then it really must be “AMAZING!”

8/4- The latest report from the crew is that “Crab taste best when you catch it yourself.  Nice work Carson and Reid! 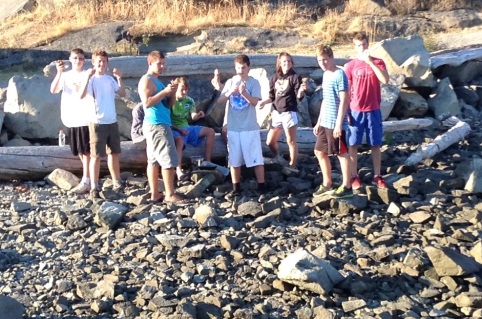 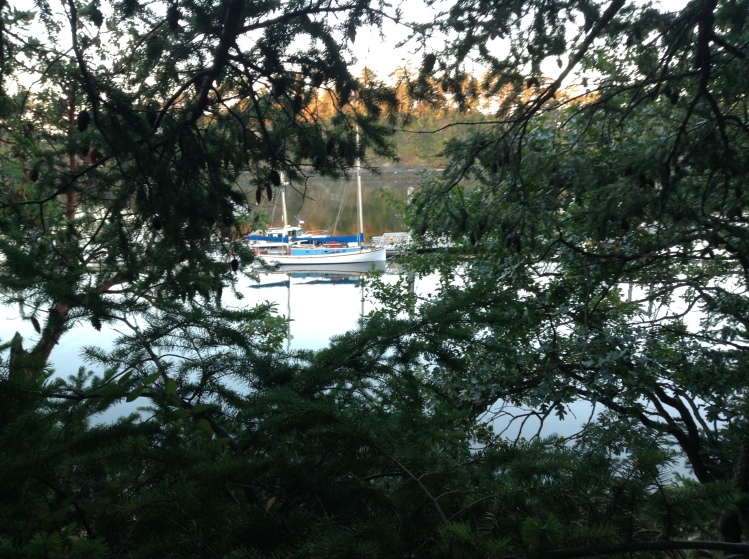 Also so far, the Eastside Peak Crew has hiked on Little Sucia to watch the sunset, and done a little bit of work on advancement with the skipper.

All in all, it’s a great start to Long Cruise.

8/3 – Last night the Eastside Peak Crew dropped anchor at Saddlebag Island, and started learning to catch dog fish that they can use for bait in the crab pot. 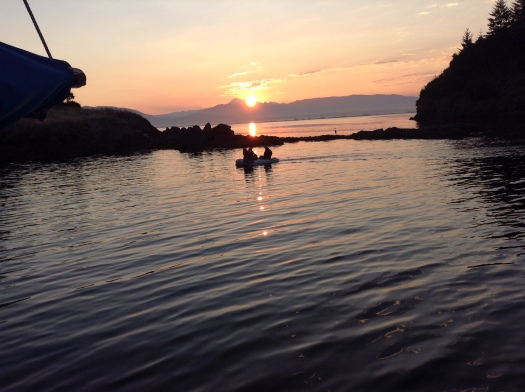 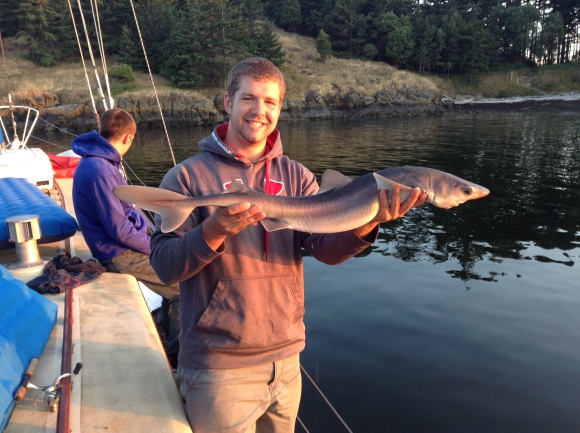 8/2 – Today it’s a quick stop in Anacortes to pick up provisions, and then on to Sucia Island.